She Thinks Too Much [Such Girls Are Dangerous]: Regarding Frozen, Disney, and Computer Animation.

So basically I just wanted to talk about how people are complaining about Disney. About their title changes, character designs, and more specifically, about Frozen. All Disney is getting is complaints about how bad Anna looks, how bad the story is, how bad the title is, and this negativity is really pissing me off! Why can’t y’all just wait until the final product? Wait and see if it is good or not. Sure Disney is a little behind, and sure Anna looks sort of like Rapunzel but so what? Did it bother you when Aroura sort of looked like Cinderella? When Rapunzel sort of looked like Ariel? And the title change, who cares!? It is just a title! The title doesn’t make a movie bad or good, what makes it good are the characters and the story! And that brings me to my other point, people are complaining that this story is stupid, or that it isn’t anything like the original. It really bothers me, because this isn’t the 90’s! Some stories have to be changed to fit with todays audiences! It is sad that we have to add in a male protagonist to increase the movies income, but that is how it is! And also, maybe Disney wants to tell a new story! The Princess and the Frog, Tangled , Wreck-It Ralph and Frozen are all new! They aren’t all original but they have new plots and such. Disney is being more creative than they were, and you have to give them props for that! They are thinking outside the box, new characters, and stories. So please stop complaining! I understand that you want the 90’s films back, but these aren’t 90’s films, they are a different time era, a different audience. The 90’s films weren’t the 50’s films either, and they were still good! They had a new formula each time, a new type of layout that worked! We are in the Disney CGI renaissance right now, better known (or rumored) as the Disney Revival. The Disney Golden Era, Renaissance, and Revival, have each had different formulas, and characters. Some where similar, but yet they are still amazing! So deal with it, that it’s not 1990, and leave the past behind! Look ahead to the future!

I get both the impression that you genuinely wanted to know why people are upset, and that you haven’t read literally any of the critiques and were just looking to vent. But since you tagged this right up, I’ll help you out and break it down. Starting with your closing line, because it realllly stands out.

leave the past behind! Look ahead to the future!

I’m not sure where you pulled the angry nostalgic 90’s kid strawman from, but either way, this line? This line right here? 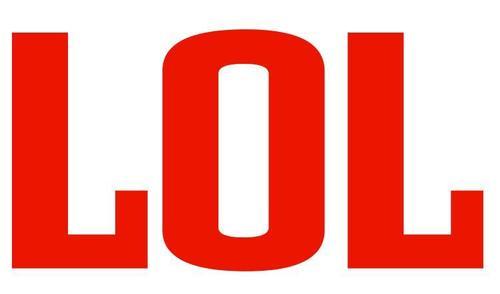 It’s pretty funny, because as it turns out, that looking to the future is what a lot of critics are doing! That’s where a good chunk of disappointment comes from! I am boggled by your angle, really. You’re looking at this from a weird battle of the decades psuedo animation history perspective, and that might be why you’re missing what a lot of critics/unhappy fans are talking about.

You’re a Disney enthusiast, so I assume you know that Anna is their last listed “Upcoming Princess” to date, and their list of future films doesn’t indicate any Princess stories on the horizon, let alone any starring WoC.

Pixar’s upcoming films are: the Monster’s Inc. sequel, Good Dinosaur, the Finding Nemo Sequel, and an untitled Dia de los Muertos movie. Seeing as how Pixar could barely handle Merida without title, story, writer, and advertising angle being drastically altered —and since it takes Pixar about four to seven years to finish a film, and Disney studios about four to five years (Tangled was made in two, after 10,000 years of development hell)— I doubt we’re getting a PoC princess anytime soon.

This, in combination with their history (~*the past*~) is the problem!

Disney has been making princess movies since 1937, and they didn’t have a princess of color until 1992. They wedged Pocohontas and Mulan in there to placate, and even then, their “Princess” status is  h u g e l y contested within the Disney fandom, and they usually aren’t included in most Disney Princess lineup gear. And when they are, you can bet they’re usually in the back. Really now, Disney almost literally releases buffer walls of four White princesses in between what I have come to call their PoC Princess dumps.

That is why a lot of people are upset!

Because they are all W h i t e. Frozen easily could have been based in a PoC culture. Disney is no stranger to changing up their source material. So no, the main squibble here isn’t “OMG LOOK HOW SIMILAR THEIR EYEBROWS AND BUTTON NOSES ARE, YOU ARE SO FUCKING LAZY DISNEY” it’s the fact that Disney keeps cranking out White Princesses.

It’s the fact that, to quote Moniquill:

“Ok we’ve been to ‘Total Fantasy World Inspired by Medieval Germany’ ‘Set in Mystical Medieval Scottland’ and now ‘Anderson’s Scandinavia’. They’re just going to the whitest places on earth on purpose now. It’s like a scavenger hunt for places that they can have plausible deniability for not including POC even as background characters.”

This is why the concept of comparing Anna and Rapunzel completely misses the point, as does your above “Why are you guys so mad!!” post.

No. No one was saying that their chins were too similar.

((Here. Another example: At best, I think it’s safe to assume that we won’t get another Black princess for at least fifteen years. I’ll have children by then! Just in time to tell them “Well, hold on to this Princess. Treasure her, even if you don’t relate to her, because that’s the only one you’re going to get.” All while the endless flood of White princesses with brunette hair or blonde hair and different eyebrows and button noses vs. slightly less button noses roll out, with the occasional PoC princess flung in to shake things up -or, more realistically, aim to appease critics of their white-girl formula, while the majority of the Disney fandom sits back like “WOW. A blonde princess with green eyes! How progressive!!” That’s not cool, and it is excluding a lot of little girls of color from having media representation!))

That’s why initiatives like the Princess Reina project, Racebent Disney, and even This Could Have Been Frozen are so popular; because PoCs get suuuuuuch limited representation when it comes to Disney, the Disney Princesses, and the media at large.

Disney isn’t exactly being clever with the same old heroine.

And hey, remember the last time they made a Latina princess? Oh wait, they actually didn’t! LOL.

And the title change, who cares!? It is just a title! The title doesn’t make a movie bad or good, what makes it good are the characters and the story!

If you think the title of a film has no bearing on the film itself, proceed directly to Film 101. Do not pass Go, do not collect $200.

The fact that Disney’s new marketing angle is to reduce their princess story titles to single genderless adjectives because EWW GIRLY THINGS!!1! is deeply problematic. Like, you literally said “It is sad that we have to add in a male protagonist to increase the movies income, but that is how it is!” right after alleging that the changed titles don’t matter. Do you really not see the connection, here? (Here is the connection, in case you really don’t. Here are more thoughts about the changes to the story: Gerda as a girl vs. Anna as a Princess, Kai vs. Kristoff, the absence of little their girl and the addition of Elsa, and why it’s not exactly progress.)

They are thinking outside the box, new characters, and stories. So please stop complaining! I understand that you want the 90’s films back, but these aren’t 90’s films, they are a different time era, a different audience.

What even is this part?

Firstly, Wreck-It-Ralph is not a Disney princess movie. So I’m not sure why you included it in this discourse?

Secondly, are they really thinking outside the box?

Because they sure as hell aren’t being very diverse. In fact, their releases post-PatF are looking very 50’s, chromatically speaking.

Why can’t y’all just wait until the final product?

So, if you’ve come to understand even a fraction of why people are upset re: Frozen, you now know that waiting until the final product is released doesn’t address the critique at all!