So in a lot of Pacific Rim posts I’m seeing things like “here’s the little girl who played Mako Mori as a kid!“ but most people don’t seem to know who she is.

So. Let me tell you a few things about the little girl who played child Mako.

The actress’ name is Mana Ashida, she’s nine (born in 2004), and she is one of the biggest stars in Japan. In fact, she was recently named one of the highest earning female actresses in Japan. Think I’m exaggerating? Reportedly, she earned nearly a million dollars just for appearing in commercials in 2012. Did I mention she’s nine? 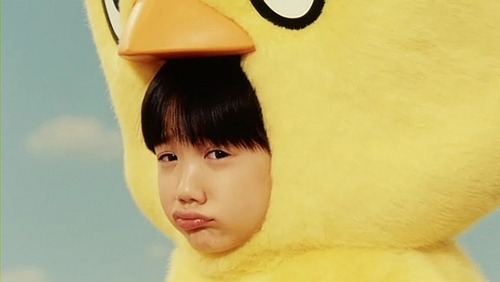 So I’ve got my Chiyo-chan for the Azu live action.