Politics was no longer my thing.
I gave up on it a long while back when I realized the problems we are facing.
I’m not much of a quitter, as much as a I am somewhat uncaring about many things.
But as of late, with crazy Mitt Romney, I thought Obama had it this time.

I’m guessing we’re all thinking Obama’s got this election, so we’re not putting in our effort to ensure his next presidency. People, this is serious. This is no longer about Democrats versus Republicans. It’s about time you leave that stuff behind you, because this time, Liberal, Conservative, Democrat or Republican- it doesn’t matter. It’s Obama vs. Romney, and Romney is the definition of what we consider a cruel selfish individual. We need to vote. I wouldn’t be doing this is this wasn’t becoming a pretty serious deal… 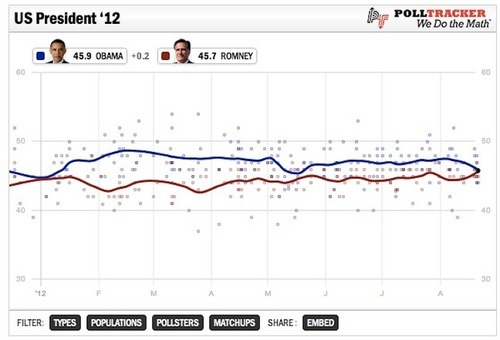 “It’s easy to think Obama has this election in the bag, but the cold reality is that it could go either way. I really don’t want this to come down to a half-dozen crotchety quilters in a swing state. If this chart surprises you too, it might be time to talk to all your friends about voting and getting involved.

I can’t stress this enough: this is not going to be an easy race to win, and it’s going to REQUIRE your help. (original source)”

Remember to REGISTER TO VOTE

Please reblog, share with people on FB or friends, or anyone. And remember, this time, your vote counts.