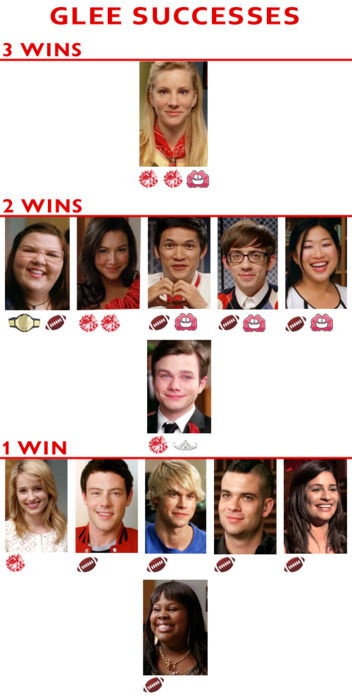 RIB should perhaps be more careful about who they think is flunk-worthy. Santana’s line in the season 2 finale about winning Nationals being their “only chance to feel good about [them]selves” also makes no sense, knowing that the Cheerios were among the first to win a significant title.

Notes for positioning and placement:

It is fitting that the Three Divas place last in their groups, with their future riding on the success of the glee club. They are actually well situated in terms of talent and self-belief and should they win at Nationals next year, the win will count the most for them.

[Edited: Fixed Kurt to have two victories instead of one. Thanks to rznzn and shiphassailed for spotting the mistake.]